Archive for the ‘Inspiration’ Category 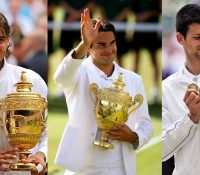 It can’t be luck

I am a big fan of tennis. I have been watching and following tennis for 3 decades now. Today morning, I watched the finals of US Open 2017 between Rafael Nadal and Kevin Anderson. Nadal won. It was Nadal’s 16th Grand Slam victory. I was astonished about the dominance of a few players over the […]