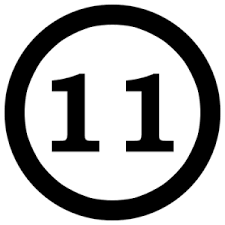 More. That’s what we want. We do get a fair share of what we need but it’s in human nature to look at things that we didn’t get. Every day, so many things fall in place but we take them as granted and count just those which didn’t go right. Thinking about this, I listed down things that went well with me last week.

Meeting cancelled – A pre-scheduled evening meeting, which clashed with my personal routine, got cancelled.

Family dinner – We went out for family dinner. Since we booked late and the group was big, the hotel offered two separate tables. When we reached, we found they managed to offer us one big table.

Mobile replaced – My phone was giving me trouble but the manufacturer refused my replacement claim. Yesterday, I received a surprise call from them that my replacement is approved.

Out of stock book – One of the books I wanted to read for months was out of stock at Amazon. Last week, I got the alert from them that the book is now available.

The right day – I had a stomach upset last week. Thankfully, it was a Wednesday on which I don’t go to work.

Waiting lift – When I got out of taxi, both my hands were full of heavy stuff. When I reached the lift, it was open and vacant as if waiting right there for me.

Flight fares –  I booked my son’s flight tickets for his trip and found better than expected fares even during the festive season.

Taxi – The other day, I was getting late for work. I mostly use radio taxi for my travel and it usually takes 8-10 minutes to arrive. The other day, it was standing right at below my apartment.

Lost Pen – I found my favorite pen which went missing a few months ago.

The rain – I was walking down the street for an important meeting. The weather was bad and rain was expected anytime. It did rain heavily but only after I reached my destination else I would have got wet and got late.

I suggest the following:-

I intend to do this exercise more often in the months and years to come. While unwarranted things will keep popping up, but knowing that a third force is in our favor can give us courage to fight the odds.